Eisenhower principle unsuitable during a crisis 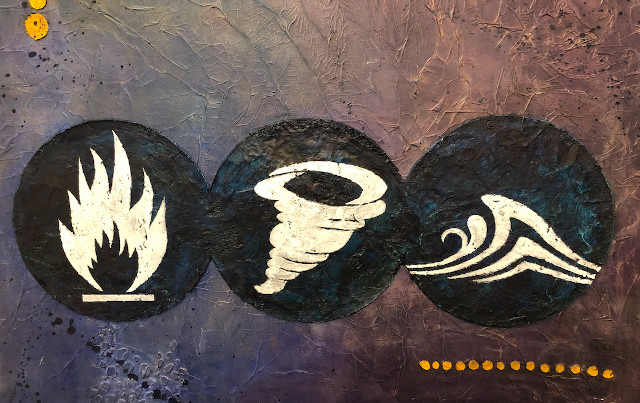 Eisenhower principle unsuitable during a crisis

For years, the Eisenhower Principle has been promoted in management literature and crisis management courses as a method for the division of labour between strategic and operational levels.

For years, the Eisenhower Principle has been promoted in management literature and crisis management courses as a method for the division of labour between strategic and operational levels. 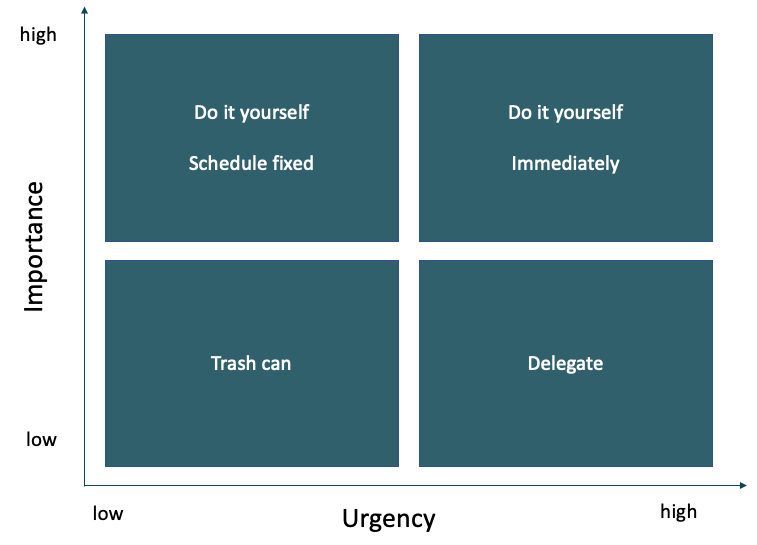 The higher the number of managers in a crisis management hierarchy, the more likely the application of the Eisenhower Principle leads to poor results, if not to considerable damage to people and one's own organisation. The reason for this is the length of time it takes for the manager to receive information from the location of the event and the length of time it takes for a decision to be transmitted to the executing persons.

Together with the time to make a decision, they form the response time, the time an organization takes to respond to an event. In principle, this time can be shortened by technical aids. Even for space flights, the reaction time today is significantly shorter than it was for the navies of the 18th century.

The naval forces had reaction times of months before the invention of telegraphy. Their commander-in-chief, the monarchs, used a simple strategy: they selected captains who were able to decide on their own, explained their intentions to them and trusted them.

The principle was then adopted in Prussia in the 19th century: Leadership with a mission. In spite of the technical possibilities available today, top decision-makers have to realize time and again that their reaction times for the problem to be solved are simply too long, as U.S. General (ret.) Stanley McChrystal describes in his book Team of Teams. Even today, the solution is to delegate decision-making, to lead by order.

How must the Eisenhower principle be modified in order to help the decision-maker in a crisis situation? 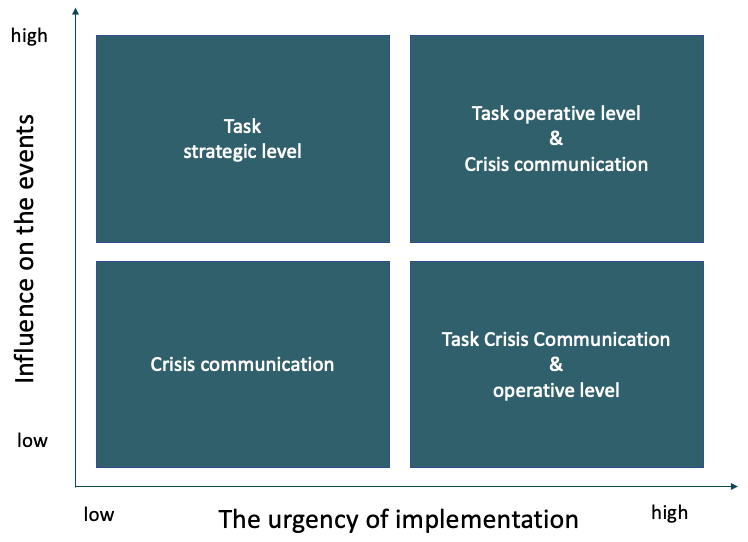 Tasks with a high influence on events and a high degree of urgency must be delegated to the operational managers. Crisis communication must use its means to influence the environment for the operative units in such a way that the latter can successfully carry out their tasks.
Tasks with a high influence on what is happening but little urgency can be handled by the strategic level. The first goal must be to ensure that these tasks do not develop into "high-level tasks". The same applies to tasks with little influence on what is happening.

The main actor in these is crisis communication. In the case of tasks with a high degree of urgency, the operational forces on the ground must also send out a signal that help is just becoming effective or will at least become effective in the foreseeable future.

The tasks have only changed from "command and control" to "coordination and cultivation". The strategic level must design the environment for the operative teams early on and with foresight in such a way that the latter can successfully carry out their tasks. And although crises usually have to be resolved locally, their consequences are often global. These global consequences are also the responsibility of the strategic level.

Incidentally, Eisenhower did not make a decision about this operation on D-Day as Allied Commander-in-Chief. The tasks that had to be taken on the beaches of Normandy were of extreme importance for the success in the fight against the Wehrmacht and extremely urgent.

Therefore, they were all hit by Eisenhower's field officers. He followed the principle of "Lead with Mission". The basis of this leadership method is well-trained subordinates and a corresponding trust in them.

The strategic manager himself is responsible for both and is an extremely important and urgent task when taking on a management task - not just at the beginning of a crisis. And in the latter case, the Eisenhower principle applies again.

If you continue to use this website without changing the settings for cookies, we will assume that you consent to the use of cookies. You can change your personal preferences in your browser settings.